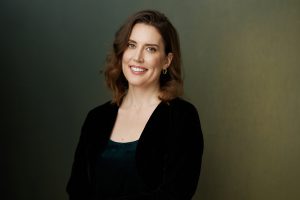 “Our Three Ladies led by Erica Petrocelli, our opening night Musetta, and Vivien Shotwell and Taylor Raven made delightful work in all their ensembles with Ms. Shotwell being a real standout for volume and vibrancy of tone.” —Patrick Mack, Parterre

“Mezzo-soprano Vivien Shotwell was vibrant, soprano Erica Petrocelli was sterling, and mezzo-soprano Taylor Raven possessed a warm tone as they portrayed the Three Ladies who rescue Tamino and set him off on his quest to rescue Pamina.” —Falling James, LA Weekly

“Her three, marvelously sung henchwomen (‘Ladies’ Erica Petrocelli, Vivien Shotwell, and Taylor Raven) are a trio of European sophisticates (or perhaps prostitutes) who would kill to get their hands on ‘that beautiful, innocent young boy,’ Tamino.” —Jim Farber, San Francisco Classical Voice

“Mozart’s beautiful ensemble writing was fully realized in the dramatic opening scene of Tamino being chased by the dragon and the three ladies coming to his rescue (sung by the euphonious trio of Erica Petrocelli, Vivien Shotwell and Taylor Raven).” —Truman C. Wong, Classical Voice

“As the Three Ladies, Erica Petrocelli, Vivien Shotwell and Taylor Raven were excellent, creating a much-needed juxtaposition to the questionable guise of the Queen as spider woman.” —Jane Rosenberg, Seen and Heard International

“It should also be said that the Queen’s conniving henchwomen (Erica Petrocelli, Vivien Shotwell, and Taylor Raven) are quite the potent triumvirate and are hysterical from the time they appear in the first scene and strive to vie for Tamino’s affection, sending their (animated) bursting hearts his way.” —Imaan Jalali, LA Excites

“Other cross-gendered roles were excellently handled, particularly Vivien Shotwell as Ottone. A nobleman dressed as a homeless person, Shotwell accepted, even reveled in, the character’s debasement, as he cannot let go of Poppea. Without glamorous vocal writing to define him, the role often comes off as a tedious bore, but Shotwell’s portrayal was gripping, her voice rich in its lowest reaches and projecting just enough gender ambiguity.” — Judith Malafronte, Opera News

“The dramatic centerpiece of the work was the interaction of mezzo-soprano Vivien Shotwell as Lucretia and baritone Cameron McPhail as Tarquinius…. Shotwell was filled with intensities and even sang her succession of low B-naturals in the second act like the ringing of a haunted bell.”— Jeffrey Johnson, Hartford Courant

“Vivien Shotwell is indeed a promising singer at the very beginning of her professional career, and I was delighted to hear her, especially her reedy, dark chest tones. Her vocal production, phrasing, and musicianship were impressive throughout, but she rose to a very high level in her final scenes, especially in Dido’s great Lament, which could not have been more moving and musicianly.” — Michael Miller, Berkshire Review for the Arts

“…Vivien Shotwell was energetic and manly as Cesare, and convincingly fell in love with the irresistible Cleopatra.” — Daphna Levit, Opera Canada

“A classically trained singer and a graduate of the Iowa Writers’ Workshop, Shotwell writes authoritatively with passion and flair. Vienna Nocturne transports us to an intoxicating 18th-century European world of privilege, enlightenment and glorious music.” –Eugenia Zukerman, The Washington Post

“Vivien Shotwell’s debut will transport you to the grand opera houses of 18th-century Europe, as she fictionalizes the early life and career of English soprano Anna Storace and her alleged love affair with the up-and-coming Wolfgang Mozart. A child prodigy from London, Anna journeys to Naples,Milan, Venice and finally Vienna, where she reaches the height of her stardom at only 21 years of age. An opera singer herself, Shotwell lyrically navigates her protagonist through love affairs, heartache and dazzling high-stakes performances. This is an exquisite read for history fans, classical-music lovers and romance aficionados alike.” — Dominique Lamberton, Chatelaine

“The love story between Mozart and Anna truly is as exquisite as anything Fabergé ever created.” — Hubert O’Hearn, The Winnipeg Review

“For the happy duration of the affair Mozart steals every scene he’s in, drawn with a light and cheerful hand but not quite the over-the-top giggler of Amadeus. Shotwell, a singer herself, makes us appreciate the training and technical discipline that goes into an opera performance without ever drifting into pedantry. …Overall, a strong debut and a nice read that made me wish ‘Le nozze di Figaro’ was playing somewhere in the neighborhood this weekend. Recommended.” –Richard Bourgeois, Historical Novel Society

“A lush, passionate love story and, in Shotwell’s capable hands, an astutely contemporary reflection on ambition, theater, and the politics of celebrity…Shotwell delivers a lyrical, youthful tale of love and loss set in the 18th century, but keeps it crisply modern with a blend of happy and tragic endings. The effort hits all the right notes.” –Publishers Weekly